Based in Berlin, the startup hotspot of Europe, APX is a joint-venture between Axel Springer and Porsche, two best in class companies in their respective industries. On the mission to connect portfolio startups to mentors, customers and investors.

As a startup incubator, APX receives plenty of startup patches across various industry verticals and it was essential for APX to streamline and automate it's pitch receival process. Therefore, I setup a conditional logic form that would change queries and acceptance criterias based on users choices and reduce overhead for APX team in better administration of their dealflow process. 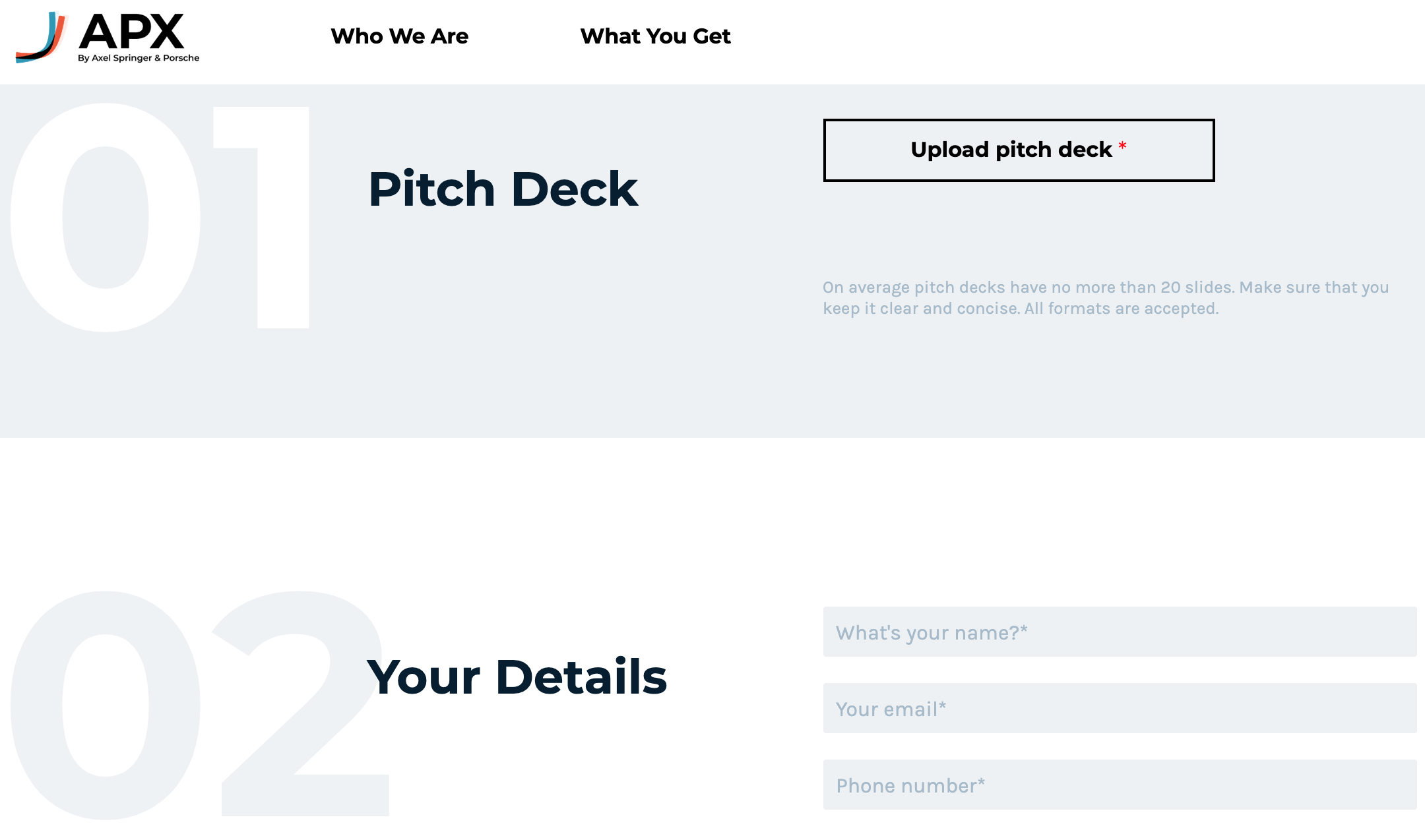 With the conditional logic form setup, I worked on setting a middleware service that would transfer the data collected from startup pitches to a database with a table containing per-filled values in order to fully automate the administration of dealflows thereby enabling the APX team to save time on organzing startup pitches and focus on their core role of assessing which startup holds value to a part of their incubator program in a much shorter timeframe.